Some residents of a Ga community in Accra have been receiving huge praises online for their choice of punishment for a young Nigerian thief who was caught stealing a phone.

In two separate videos shared on Facebook, it shows the Nigerian, who gave his name as Aliu John, mobbed by some residents of the community, while the person behind the camera, puts questions to him.

In the first video, the person behind the camera, after getting the young man’s name, proceeds to inform him that he is going to be punished for coming to their community to steal

Immediately after this, they matched the young man, who was tied to the waist with a rope, to a nearby street from where he was made to enter a gutter to start his punishment.

The residents show even more humanity by bringing him a Wellington boot to help him work well.

“Do this job well otherwise I will give you to the community members to beat you,” the man behind the camera says.

Watch the video part 1 below, scroll down for part 2

In the second video as seen below, Aliu John is now seen fully dressed and has a bowl in hand, while standing in a ‘chop bar.’

Again, the person behind the camera gives a narration of what is happening.

“This is one of the Nigerian guys who stole in our community and we caught him but we did not discipline him. We just gave him work to do and after that, we let him bath and we gave him a top and a down to wear. He said he’ll eat three balls of banku with fish so right now, we’ve brought him to (sic), the number one food joint we have in our community, which is (sic).

“I don’t want to out words in your mouth so just say thanks to the community because we the Ga people are not people who beat human beings to death but we just give you work to do. And after the work, we gave you malt: am I telling lies? We let you bath and we gave you top and down. After that, you said you want to eat three balls of banku…” he said.

Handing over to the young man, he also confirmed all the above and went on to express his gratitude to the community members, adding that Ghanaians are really nice people.

“I want to say a big thanks to the Ghanaian people. they are very good people. After I stole the phone, they didn’t beat me, they only made me to do the gutter work. After that, they gave me drink, water, and they let me bath and now they want to give me food to eat and I want to say thank you,” he said.

Man cries uncontrollably after discovering his child isn’t his 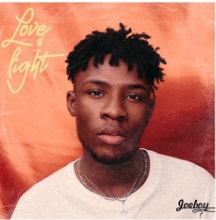 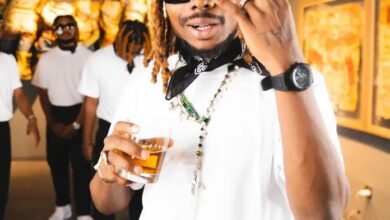 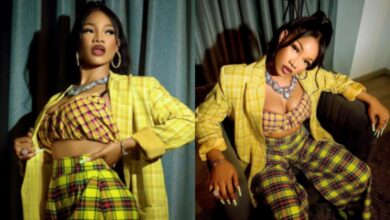