Your one-stop-shop for all the football transfer news during the summer transfer window, with special guests and episodes. What’s going on at Chelsea?

Raheem Sterling has joined from Manchester City, with centre-back Kalidou Koulibaly set to arrive as well. They discuss that as well as West Ham’s striker hunt, with Armando Broja and Gianluca Scamacca at the top of David Moyes’ wishlist.

Spanish football journalist Toni Juanmarti joins the show to chat about all things Barcelona as they get set to announce the arrival of Raphinha, but will Robert Lewandowski follow him into the Nou Camp?

Plus, Dharmesh discusses the latest business at Manchester United as they close on a deal for Ajax defender Lisandro Martinez.

Listen and subscribe on Apple, Spotify, Castbox or wherever else you consume your podcasts, and keep an eye on skysports.com and the Sky Sports App for the best-written analysis, video and live blogs throughout the summer transfer window. 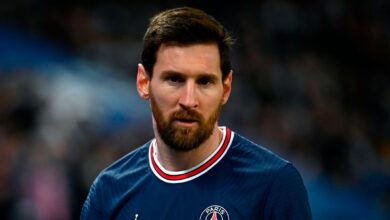