Nollywood Actress, Destiny Etiko has set many tongues wagging after she uploaded a sultry picture of herself rocking a black long sleeve bodysuit on her instagram account to mark her birthday. Announcing her birthday in an instagram post, in the early hours of the day, the Actress said, ‘Happy blessed birthday to a self-willed, strong and a beautiful soul. I am turning a year older today. Say a word of prayer for me.’

In the spirit of her birthday celebration, the Actress went bearing gifts for widows and widowers to mark her special day. She shared video of herself dancing with some of those she visited as she said, ‘Here to celebrate my birthday with the Widows and Widowers’. The Actress also received a surprise birthday package courtesy of her college, Mercy Johnson. The package was personally delivered by the Actress in person. Destiny Etiko could not hold her joy when she received the package.

Fans and celebrities have reacted to the Actress’ sultry photoshoot. Reacting to the post, Actress Regina Daniels said, ‘Ha!!! Drama Doll’. Actress Jane Obi said, ‘I know you were not done with us ooo.’

Here is a screenshot of how others reacted: 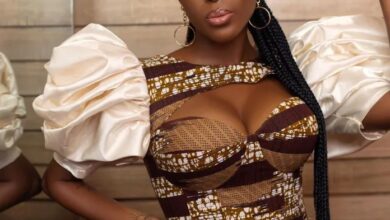 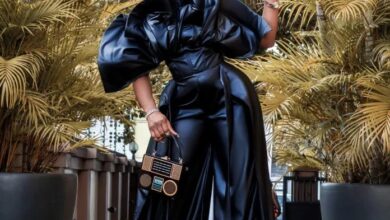