Ghanaian socialite turned musician Hajia4Reall thrilled fans when she took over the stage with her enthusiastic performance at a concert held in Anloga in the Volta Region.

On Friday evening, Hajia4Reall took to the stage to perform at the Coronation Concert of Confidence Haugen in the Volta Region where she displayed her talent.

A host of Ghanaian music stars including Eno Barony, Efya, D-Black, Kwaw Kese and Adina graced the event with Hajia making headlines for her energetic performance and display of her curvy body.

Wearing a white bodysuit short that hugged her body, Mona consistently wiggled her massive goodies amidst cheers from the wild crowd.

A young man was captured struggling to contain himself thanks to what he was seeing on the stage.

Mona’s decision to showcase her body has attracted mixed reactions from fans. According to a section of the public, she might have overdone it as her backside appear way bigger than before. 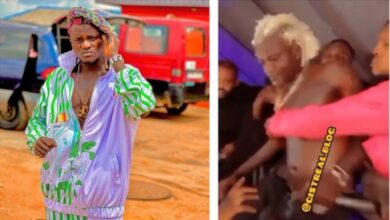 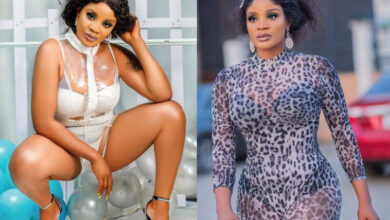 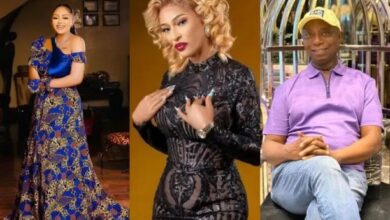 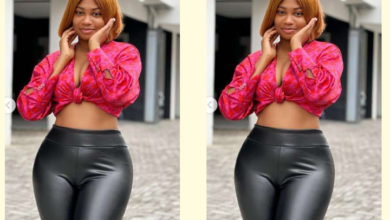