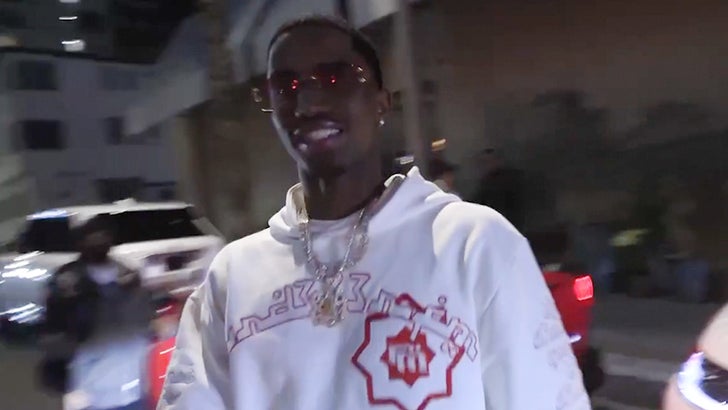 Diddy‘s son Christian “King” Combs was all smiles trekking through West Hollywood, and for good reason … he’s got a new baby sister!!!

Christian was spotted leaving LAVO Ristorante Wednesday, and when asked about shouldering the Bad Boy empire he eagerly replied his hard work was going towards supporting his family. 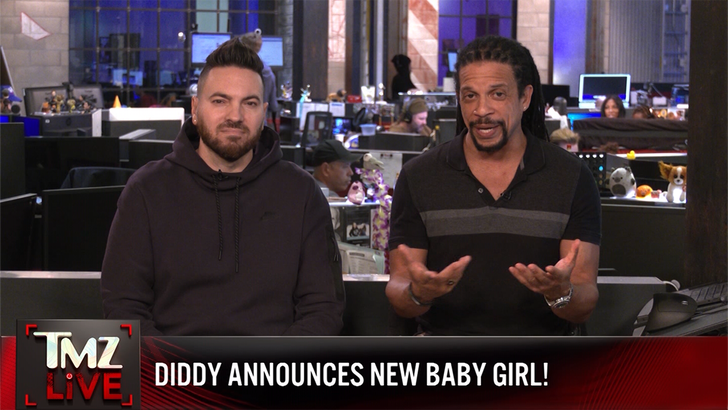 While Lil’ Love has a few years before she’s able to do the Diddy Bop dance, Christian is steadily laying down the foundation for her to get jiggy with it when she gets older.

His Kodak Black collab “Can’t Stop Won’t Stop” recently went No. 1 on Billboard’s U.S. Urban Radio chart, making for one of the hottest rap songs of the year!!!