Despite moving on to the World Cup final, not all things went smoothly for Kylian Mbappe on Wednesday — the France superstar accidentally drilled a fan in the face with a warm-up shot … and issued an apology immediately afterward.

The incident happened just before France took down Morocco in one of the tournament’s semifinal games … as the 23-year-old phenom was trying to get loose for the important tilt.

Kylian Mbappe apologising to a fan, after hitting him with a ball in the warmup. 💙🇫🇷 #FIFAWorldCup pic.twitter.com/8mDWkQC14U

Mbappe peppered one of his shots over the goal mount — and it, unfortunately, nailed a France supporter right in the noggin. 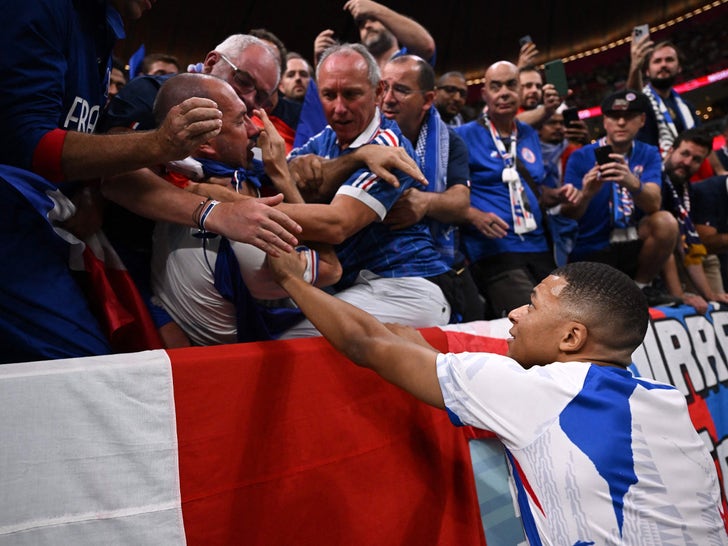 Pictures from the stadium in Qatar showed the guy was in a considerable amount of pain … but, to Mbappe’s credit, he ran over to make sure the dude was OK.

He grabbed the man’s arm, and appeared to say he was sorry — before bolting back to warm-ups. 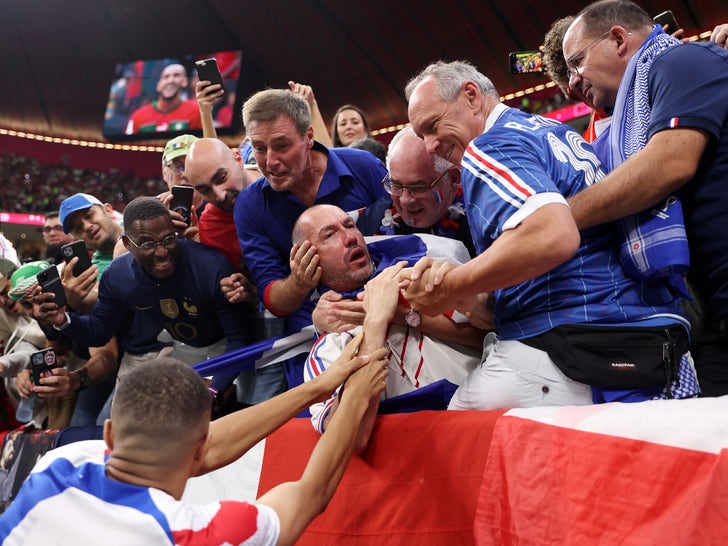 Of course, we’re sure the fan was feeling a whole lot better just minutes later — ’cause France opened the game against Morocco with a goal in the first 300 seconds of the match.

France went on to win 2-0 — and will now face Argentina in Sunday’s finale.

Here’s to hopin’ all warm-up shots hit their intended targets!