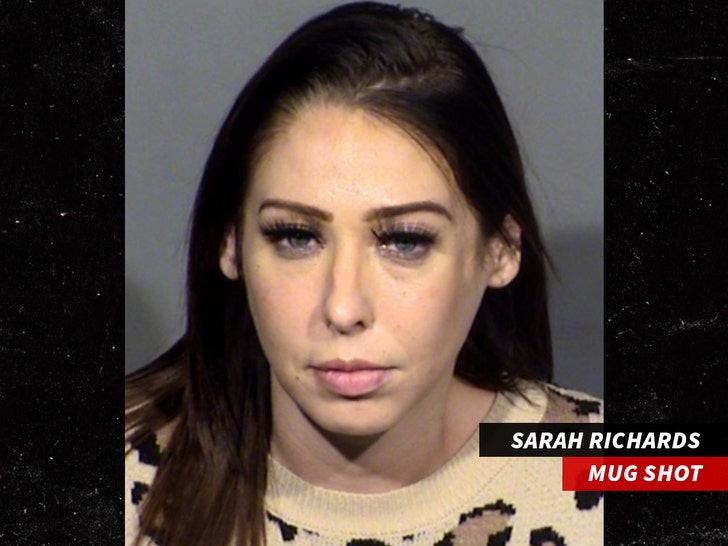 A Las Vegas woman found herself in a sticky situation with cops after she allegedly stole a super expensive watch and hid it in her genitals.

Police were called to the Aria hotel Sunday in Las Vegas, according to 8 News Now … after a man claimed he was cuddling 33-year-old Sarah Richards, and she continually insisted he take his Rolex off while they laid together.

The alleged victim told cops he put the watch under his pillow and continued to drink wine at Richards’ request — but he says when he noticed it missing, she “went into a panic” and left. He says he followed her all the way down to the lobby where he alerted security — before PD arrived.

According to the reports, police couldn’t find the Rolex at first, but eventually located it in her genitals. She’s now looking at grand larceny charges.

Cops are saying Richards had a preliminary hearing in town Monday … in a case where she’s facing residential theft and burglary charges for allegedly taking someone’s watch back in June. The person in that case apparently told police he thought he was drugged at a hotel.

Ya know, there are more convenient ways to wear a watch … just sayin’.