A vast and volatile storm system ripping across the U.S. killed at least three people in Louisiana, spinning up tornadoes that battered the state from north to south, including the New Orleans area where memories of 2021’s Hurricane Ida and a tornado in March linger.

Several injuries were reported around Louisiana by authorities. The number of power outages statewide, which topped 40,000 Wednesday night, was down to some 10,000 Thursday morning, according to PowerOutage.us.

The punishing storms barreled eastward Wednesday after killing a mother and son in the northwestern part of the state a day earlier. The system spun off a suspected tornado that killed a woman Wednesday in southeast Louisiana’s St. Charles Parish and another that pummeled parts of New Orleans and neighboring Jefferson and St. Bernard parishes – including areas badly damaged by the March tornado.

A tornado struck New Iberia, Louisiana, slightly injuring five people and smashing out windows of a multistory building at Iberia Medical Center, the hospital said. As night drew on, tornado threats eased in Mississippi, although some counties in Florida and Alabama remained under a severe weather threat.

New Orleans emergency director Collin Arnold said business and residences in the city suffered significant wind damage, largely on the Mississippi River’s west bank. One home collapsed. Four people were injured there, he said, adding, “The last word we had is that they were stable.”

Similar damage was reported nearby.

“Several homes and businesses have suffered catastrophic damage,” the Jefferson Parish Sheriff’s Office said in a statement from that large suburb west of New Orleans. Among the heavily damaged buildings was the sheriff’s office’s training academy building.

In the city of Gretna, the parish seat of Jefferson Parish, Michael Willis was sitting in his SUV when, he says, the tornado lifted him up, according to CBS New Orleans affiliate WWL-TV.

“It happened fast. I’ve never been inside a tornado before,” Willis said. “I’m looking at wood, buildings, all in the same spin, like it’s spinning with me and then it just slung me out.”

Willis says he immediately started praying and didn’t know if he was safe. “I thought it was coming back. The power wires, everything was everywhere and then is started raining hard,” Willis said.

Looking at the damage, he knows how lucky he is. “I tried to play hard for a second and then I balled up like ‘Naw, God I ain’t ready to go right now,'” Willis said.

Debris smashed through his windshield and busted his passenger window. He says the tinting on the glass stopped anything from hitting him.

“This tint saved my life,” Willis said, holding up his busted passenger window.

In St. Bernard Parish – where the March twister caused devastation – Sheriff Jimmy Pohlman said the latest tornado damage covered a roughly 2-mile stretch. Parish President Guy McInnis said the damage was less than in the March tornado though numerous roofs were blown away or damaged.

Authorities in St. Charles Parish, west of New Orleans, said a woman was found dead there after a suspected tornado on Wednesday struck the community of Killona along the Mississippi River, damaging homes. Eight people were taken to hospitals with injuries, they said.

“She was outside the residence, so we don’t know exactly what happened,” St. Charles Parish Sheriff Greg Champagne said of the woman killed. “There was debris everywhere. She could have been struck. We don’t know for sure. But this was a horrific and a very violent tornado.”

About 280 miles away in northern Louisiana, it took hours for authorities to find the bodies of a mother and child missing after a tornado swept away their mobile home Tuesday in Keithville, south of Shreveport.

“You go to search a house and the house isn’t even there, so where do you search?” Gov. John Bel Edwards told reporters, noting the challenge faced by emergency responders as he toured a mile-long path of destruction in rural Keithville. He had issued an emergency declaration earlier in the day.

The Caddo Parish Coroner’s Office said the body of 8-year-old Nikolus Little was found late Tuesday night in some woods and the body of his mother, Yoshiko A. Smith, 30, was located under storm debris early Wednesday.

Caddo Parish Sheriff’s Sgt. Casey Jones said the boy’s father had gone for groceries before the storm. “He just went to go shopping for his family, came home and the house was gone,” said Jones.

The storms battered Louisiana from north to south. In Union Parish, near the Arkansas line, Farmerville Mayor John Crow said a tornado Tuesday night badly damaged an apartment complex where 50 families lived, wiping out a neighboring trailer park with about 10 homes. “It happened quick,” Crow said Wednesday, adding about 30 homes also were damaged along nearby Lake D’Arbonne.

The storm began its cross-country journey by dumping heavy snow in the Sierra Nevada. Damage followed Tuesday when thunderstorms from the storm swept through Texas. At least five people were injured In the Dallas suburb of Grapevine, police spokesperson Amanda McNew said.

Forecasters now expect the vast system to hobble the upper Midwest with ice, rain and snow for days, and also move into the central Appalachians and Northeast. The National Weather Service issued a winter storm watch from Wednesday night through Friday afternoon, depending on the timing of the storm. Residents from West Virginia to Vermont were told to watch for a possible significant mix of snow, ice and sleet.

“This system is notable for the fact that it’s going impact areas all the way from California to eventually the Northeast,” said meteorologist Frank Pereira with the National Weather Service in College Park, Maryland.

In the Black Hills of western South Dakota, snow piled up to nearly 2 feet in some sopts. “They shovel for hours on end,” said Vicki Weekly, who manages a historic hotel in the tourist and gambling city of Deadwood. where some visitors still ventured out to the casinos.

A roughly 320-mile span of Interstate 90 in South Dakota was closed Wednesday, and state officials warned drivers there to stay off most highways.

In northern Minnesota, wet, heavy snow left tree limbs sagging and made driving treacherous Wednesday. Weather Service meteorologist Ketzel Levens in Duluth said 6 to 8 inches of snow had accumulated in some areas. The StarTribune said a blizzard warning was in effect until 6 p.m. Thursday and 30 inches of snowfall was possible by the weekend. 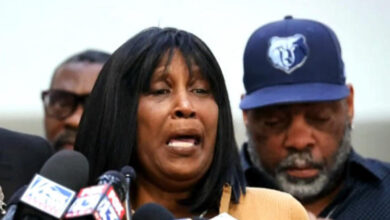 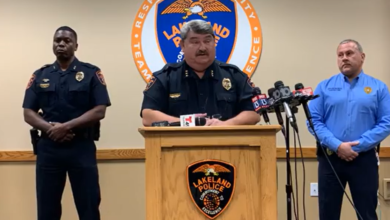 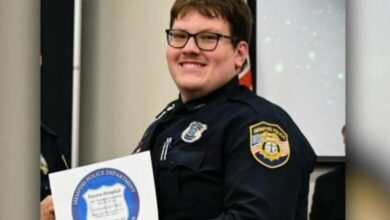