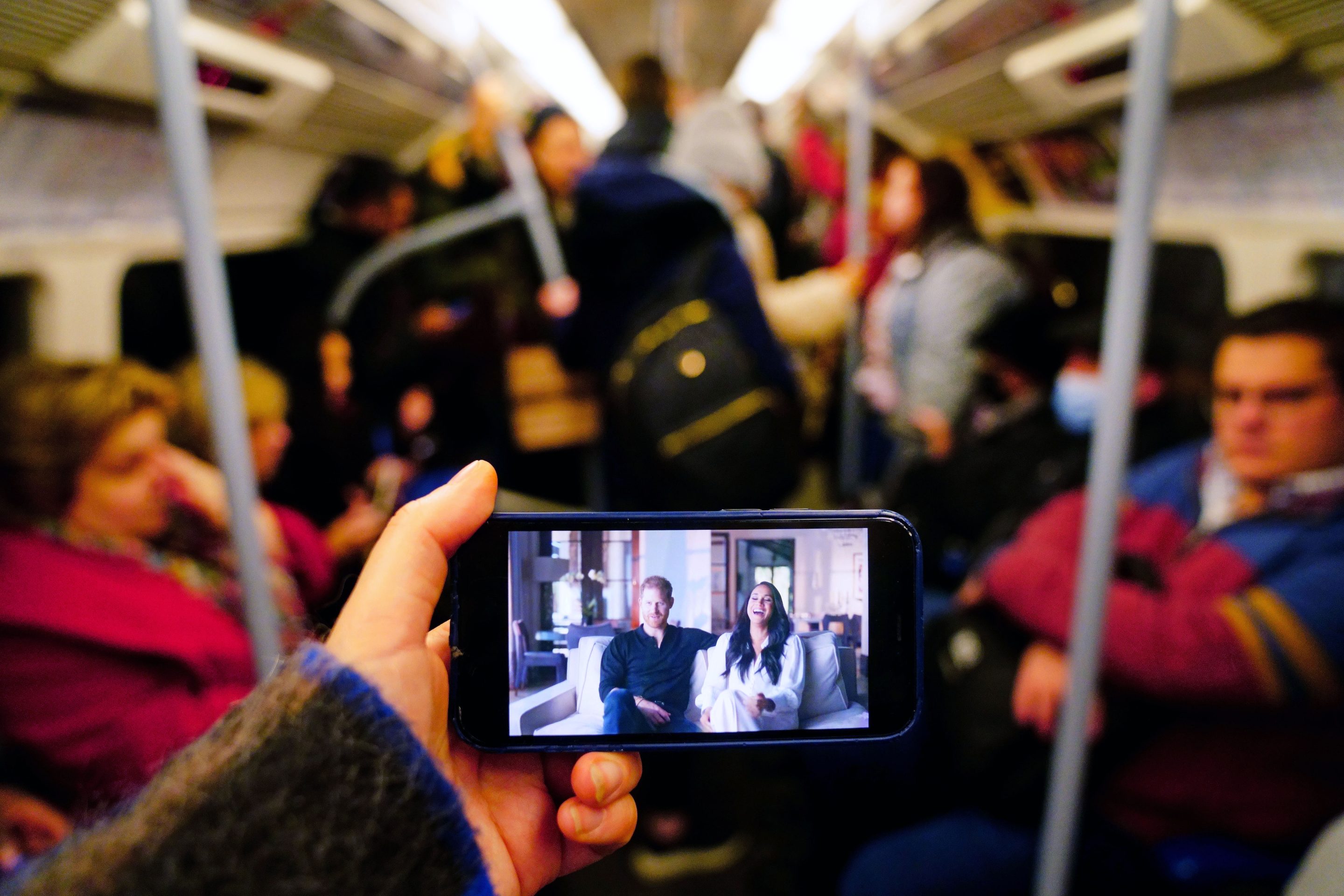 A year into my stint as Fortune‘s commentary editor, I never expected that of all the things I’d look back on, royal news would be top of mind. Yet here I am, and here we are, with more drama between the Windsors and the Sussexes. But we all need to pay attention: This is a major business story, a major race relations story, and a major Transatlantic Alliance story.

While the American public largely viewed the fallout from Prince Harry and Meghan Markle’s new Netflix docuseries through the lens of race, many British people roundly rejected the accusations of racism that have been leveled against the royal family. Both sides are partially right—and the ways they’re both wrong reveal the cracks in the “special relationship.” As a recently naturalized Egyptian-British public opinion expert, whose job mainly consists of editing op-eds by America’s entrepreneurs, academics, and top business leaders, I’m here to shed light on what is getting lost in translation.

Fortune’s contributors and readers are mainly interested in varied but broad themes: keeping the American dream alive, the future of capitalism, and ways to change the world.

In my eight years living in the U.K., another, very British dream has dominated the public conversation: Brexit. As that saga rumbled on, the conversation turned to keeping calm and carrying on amid fiscal austerity in the most British way imaginable.

Concerns over the falling standards of living were equally dismissed, as the nation obsessed with how to make a penny stretch and the media dispensed tips and tricks on how not to freeze to death in your own (very expensive) home.

Tin by tin (or can by can), and one extra layer of warm clothing at a time, we can all make it—just like during the Blitz.

From conservative commentators to everyday people on phone-in radio shows and social media, the central thesis was constant: People have it much worse than Meghan Markle. How dare she complain?

It’s not about race, they argued, it’s Meghan’s attitude that is problematic.

British journalist and media diversity expert Marcus Ryder, who occasionally graces Fortune’s commentary section with his insights, defines it as the difference between diversity and inclusion: Meghan’s presence can be accepted–but not her values.

That observation is true regardless of geography. It’s why high-performing minority hires often fail or disengage after they work so hard to get into the room at prestigious organizations.

But what values is the British public taking issue with, exactly?

Concerned radio listeners and TV pundits in the U.K. were crystal clear: Markle is making a fuss—and many people have it much worse in these difficult times. She should just accept her lot in life (objectively better than most of the rest of the world) and carry on.

On the flip side, emotional tributes to Harry’s grandmother, her late majesty Queen Elizabeth II, invariably saluted the monarch’s life of service, sense of duty, and lack of self-pity.

Prominent political editor Andrew Marr described the ideological roots of this approach best in a column written weeks before the Queen’s passing.

According to Marr, the Queen had been “a survivor of earlier ways of being. British culture, like other European and Asian cultures, was long based on the subservience of the individual character to the role, or job, required. People were born to be farmers, or leatherworkers, mothers, shopkeepers, clerks or priests. Until modern times this was a caste society. The good life was a life in which you performed the duties and tasks which had fallen to you…”

If these are qualities, Americans certainly lack them. The pursuit of happiness is a constitutional right on one side of the Atlantic–and essentially a crime against God and society on the other.

And while the British Empire undeniably had a dark history, modern-day Britain is a radically—and racially—different society.

This explains how a Hindu man called Rishi Sunak reached No.10—by grasping the class system at a very early age, as seen in a now-famous video where a teenage Sunak explains he doesn’t have “friends who are working-class.”

Perhaps that’s the most terrifying thought for the British public about the whole Harry and Meghan predicament.

If the Sussexes can take issue with the privileged position they were handed, what about us? Does it mean we all have to speak up now? God no. The sheer awkwardness would be unbearable—and Britain’s nurses, postal workers, and rail unions are already getting ideas as we head into a Christmas of discontent.

Put your head down, do as you’re told, and carry on! And if the economy continues to tank, we’ll layer up and cut some corners–just like during the Blitz.