The mother of Kaylee Goncalves, one of the college students who was fatally stabbed in a chilling quadruple homicide at the University of Idaho last month, has voiced her concerns about whether authorities will solve the case as their investigation presses on without a suspect or an arrest.

In an interview with NBC’s “Today” show that aired on Thursday, Kristi Goncalves described “being left in the dark” over the course of the probe and lamented the lack of communication between police and the victims’ families.

“It’s sleepless nights. It’s feeling sick to your stomach. It’s just being left in the dark,” Goncalves said of the investigation, which has persisted for more than four weeks. Goncalves admitted that she fears the case will never be solved, saying, “I can’t help but not …  There’s a lot of unsolved murders,” she told the show.

Despite her frustrations over authorities’ apparent failure to keep the victims’ families apprised of new developments, Goncalves noted that she tries to remain optimistic about the outcome of the investigation, even though doing so becomes more challenging as the weeks pass.

“I have to be,” she said in the interview.

Goncalves has taken issue with what she says is an absence of correspondence at times from investigators working the case. For example, when the Moscow Police Department identified a white Hyundai Elantra that investigators believed was parked in the immediate vicinity of the students’ house on the night of the murders, Goncalves said that her family was not notified directly about the lead. Instead, she learned about the vehicle in a news release issued by the police department, she told  “Today.”

During a recent appearance on “Good Morning America“, Kristie Goncalves  and her husband shared apprehension over the pace of the investigation and said they worry that evidence will start to disappear with time.

She shared her own thoughts about the still-unidentified killer, saying, “I think this person went in very methodical, I think he really thought it out. I think he was quick. I think it was quiet, and he got in, and he got out.”

Kaylee Goncalves, her housemates Madison Mogen and Xana Kernodle, and Kernodle’s boyfriend Ethan Chapin, were killed during the early morning hours of Nov. 13 in a brutal stabbing that happened on the upper floors of the women’s rental home near the University of Idaho campus. Although police said that they have received thousands of tips from community members, the investigation, which also involves the FBI and Idaho State Police, has not led authorities to any potential suspect.

Two surviving roommates, who police say were asleep on the first floor of the rental home while the four students were killed upstairs, have been ruled out as suspects. Also ruled out by police — the “private party” who drove Goncalves and Mogen home from a night out in downtown Moscow, the man seen on surveillance footage at the food truck where both women stopped before getting into the car, and the ex-boyfriend of Goncalves, whom she and Mogen called several times after arriving back at their residence. Authorities also do not believe that the sixth housemate, whose name was listed on the rental home’s lease but who moved out at the beginning of the fall semester, had any involvement in the murders.

While police have determined a definitive timeline tracking Goncalves and Mogen’s movements on the night of Nov. 12 and into the next morning, they acknowledge substantial gaps in information about Kernodle and Chapin’s whereabouts, outside of their appearance at a Sigma Chi fraternity party some time during the evening.

“Detectives continue investigating what occurred from approximately 9 p.m. on November 12th to 1:45 a.m. on November 13th, when Ethan Chapin and Xana Kernodle were believed to be at the Sigma Chi house on the University of Idaho Campus at 735 Nez Perce Drive,” said Moscow Police in a Dec. 5 news release. “Any interactions, contacts, direction and method of travel, or anything abnormal could add context to what occurred.” 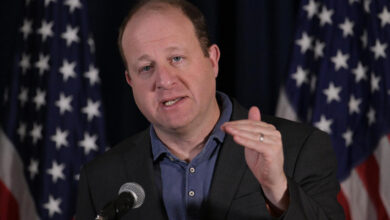 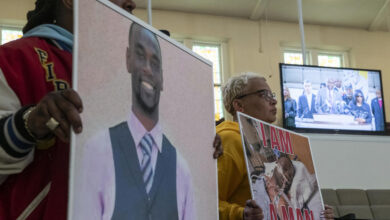 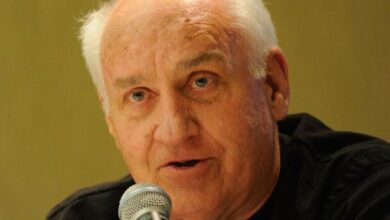 Featured Posts
Ticketmaster and Live Nation were not supposed to create a monopoly. Here’s why music fans, lawmakers, and Taylor Swift are fed up with the ticketing platforms
4 mins ago

Jared Polis on Trump, 2024 and how to handle classified documents — “The Takeout”
18 mins ago