Two cosmonauts were preparing to float outside the International Space Station Wednesday for a planned spacewalk when Russian flight controllers noted what appeared to be a significant coolant system leak in the lone Soyuz crew ferry ship docked at the outpost.

NASA television cameras showed a torrent of white flakes streaming away into space, appearing to originate near the aft instrumentation and propulsion module of the Soyuz MS-22/68S spacecraft that carried Sergey Prokopyev, Dmitri Petelin and NASA astronaut Frank Rubio into space on Sept. 21.

Prokopyev and Petelin were suited up — and in the process of depressurizing the Poisk airlock compartment to begin an already planned spacewalk — when Russian flight controllers called off the excursion amid analysis of telemetry and video to determine the nature of the leak.

It’s not yet known whether the Soyuz can get home as is with a damaged coolant system, whether some sort of spacewalk repair might be possible, or whether a replacement Soyuz might have to be launched.

In any case, the leak was still visible three hours after first being detected.

“We noticed a visible stream of flakes coming from the aft of the Soyuz near the instrumentation and propulsion module that was indicative of a leak,” Navias said. “The experts, the specialists in Moscow, are evaluating the nature of the fluid that appears to be leaking from the Soyuz and what impact that might have to the integrity of the Soyuz MS-22.”

What might have caused the leak — a space debris impact, a pressure-related hardware failure or some other problem — is not yet known.

The ISS is staffed with rotating astronaut-cosmonaut crews who are launched to the lab aboard three-seat Soyuz spacecraft and four-seat SpaceX Crew Dragon ferry ships. Once docked at the lab, the ferry ships serve as lifeboats in case of an emergency that might force a crew to depart early.

Prokopyev, Petelin and Rubio were launched aboard the Soyuz MS-22/68S spacecraft on Sept. 21. If the ferry ship is deemed unflightworthy because of the presumed coolant leak, the Russians likely would have to send up another Soyuz to get them home.

How long that might take, should it be necessary, is not yet known. But the Russians launched an unpiloted Soyuz to the Salyut 6 space station in 1979 after an engine problem raised questions about the safety of another Soyuz already docked at the outpost. The crew took the replacement Soyuz home and landed safely.

Bill Harwood has been covering the U.S. space program full-time since 1984, first as Cape Canaveral bureau chief for United Press International and now as a consultant for CBS News. He covered 129 space shuttle missions, every interplanetary flight since Voyager 2’s flyby of Neptune and scores of commercial and military launches. Based at the Kennedy Space Center in Florida, Harwood is a devoted amateur astronomer and co-author of “Comm Check: The Final Flight of Shuttle Columbia.”

Biden says U.S. is "all in on Africa's future" 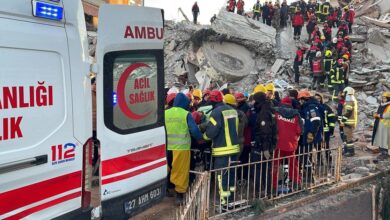 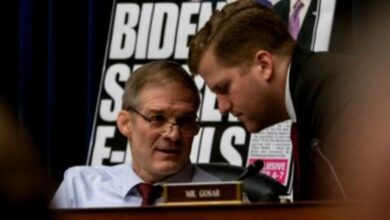 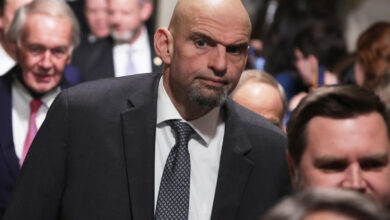 Guess Who This Buttoned-Up Boy Turned Into!
27 mins ago