Elon Musk is dropping the hammer on Twitter, and he’s in no mood to talk about it — he fled an online chat as soon as upset reporters tried to grill him about suspending a bunch of journalists.

The Chief Twit jumped into a Twitter Spaces chat Thursday evening to lay out his new rules about real-time doxxing — namely that anyone who shares real-time locations of individuals will be immediately suspended from the bird app.

After some back-and-forth in the chat, Elon finally said, “If you Dox you get suspended, end of story, that’s it.” Moments later, he hopped out of the chat without announcing his exit. 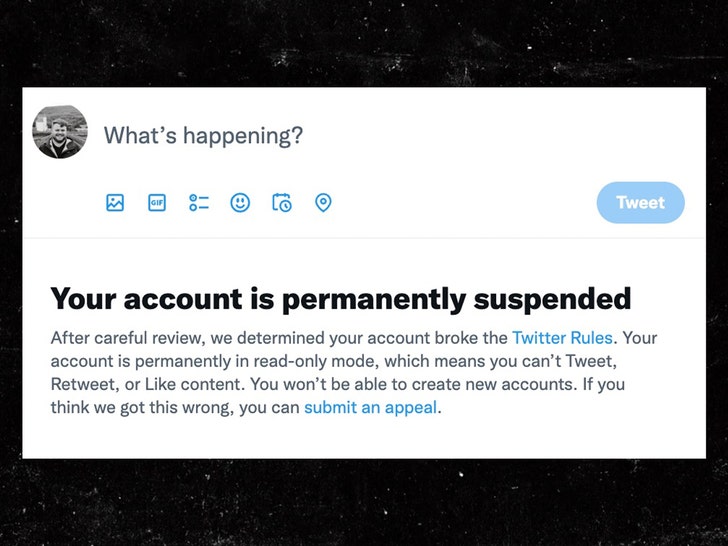 As we reported, Musk shut down a handful of reporters’ Twitter accounts Thursday without explanation. Some of them say they never posted any location info, so they felt the suspensions were really due to negative reporting on Elon.

During the abbreviated chat, journalists challenged him — pointing out he was shutting down journalism in the same way he’s criticized the Twitter regime of killing stories about Hunter Biden. Y’know, the whole free speech thing Musk said he wanted to champion when he dropped $44 billion to buy Twitter. 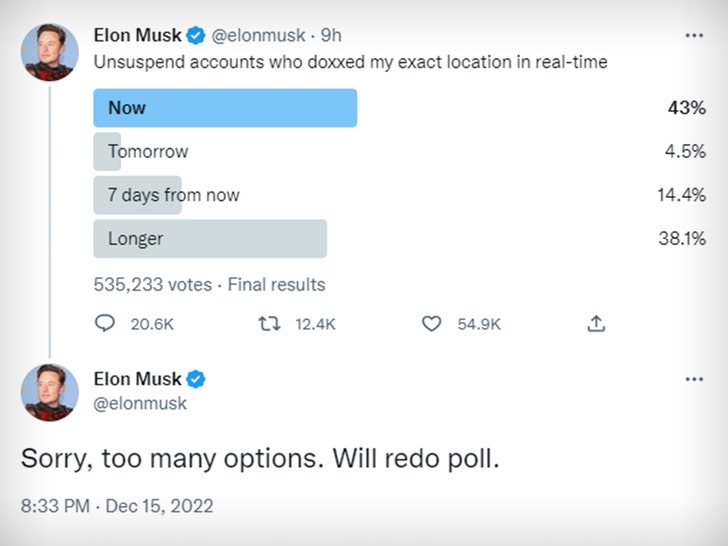 BTW, Elon asked his followers when, if at all, he should unsuspend the accounts who doxxed him … but he clearly wasn’t a fan of the results, saying “Sorry, too many options. Will redo poll.”

He did redo it, but was still met with a majority saying he should unsuspend now. He’s also reportedly shut down all Twitter Spaces chats since last night. 😬

Jared Polis on Trump, 2024 and how to handle classified documents — “The Takeout”
10 mins ago