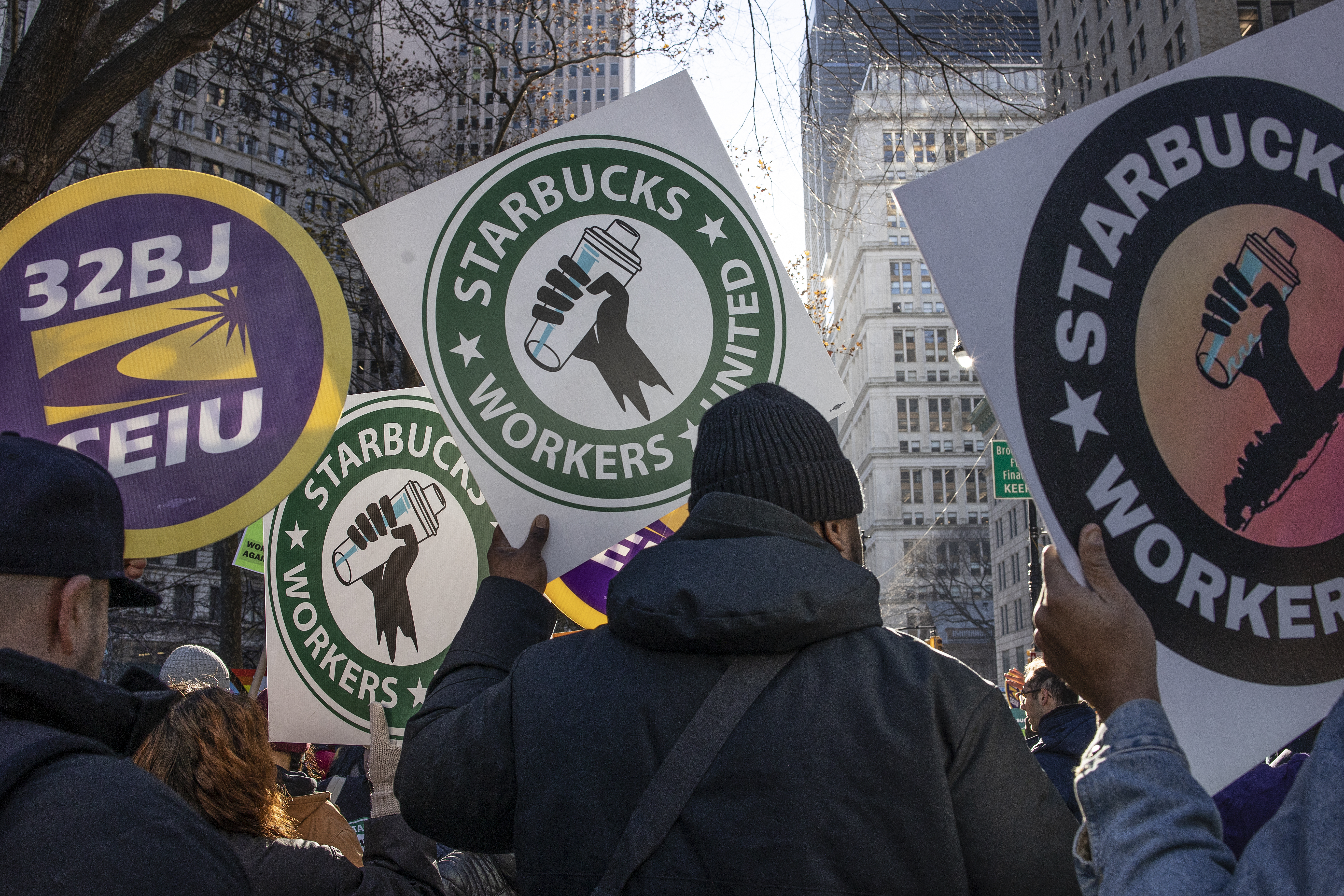 Starbucks workers around the U.S. are planning a three-day strike starting Friday as part of their effort to unionize the coffee chain’s stores.

More than 1,000 baristas at 100 stores are planning to walk out, according to Starbucks Workers United, the labor group organizing the effort. The strike will be the longest in the year-old unionization campaign.

This is the second major strike in a month by Starbucks’ U.S. workers. On Nov. 17, workers at 110 Starbucks stores held a one-day walkout. That effort coincided with Starbucks’ annual Red Cup Day, when the company gives reusable cups to customers who order a holiday drink.

More than 264 of Starbucks’ 9,000 company-run U.S. stores have voted to unionize since late last year.

Starbucks opposes the unionization effort, saying the company functions better when it works directly with employees. But the company said last month that it respects employees’ lawful right to protest.

Tori Tambellini, a former Starbucks shift supervisor and union organizer who was fired in July, said she will be picketing in Pittsburgh this weekend. Tambellini said workers are protesting understaffed stores, poor management and what she calls Starbucks’ “scorched earth method of union busting,” including closing stores that have unionized.

Workers United noted that Starbucks recently closed the first store to unionize in Seattle, the company’s hometown. Starbucks has said the store was closed for safety reasons.

Starbucks and the union have begun contract talks in about 50 stores but no agreements have been reached.

The process has been contentious. According to the National Labor Relations Board, Workers United has filed at least 446 unfair labor practice charges against Starbucks since late last year, including that the company fired labor organizers and refused to bargain. The company, meanwhile, has filed 47 charges against the union, among them allegations that it defied bargaining rules when it recorded sessions and posted the recordings online.

So far, the labor disputes haven’t appeared to dent Starbucks’ sales. Starbucks said in November that its revenue rose 3% to a record $8.41 billion in the July-September period.

Jared Polis on Trump, 2024 and how to handle classified documents — “The Takeout”
7 mins ago