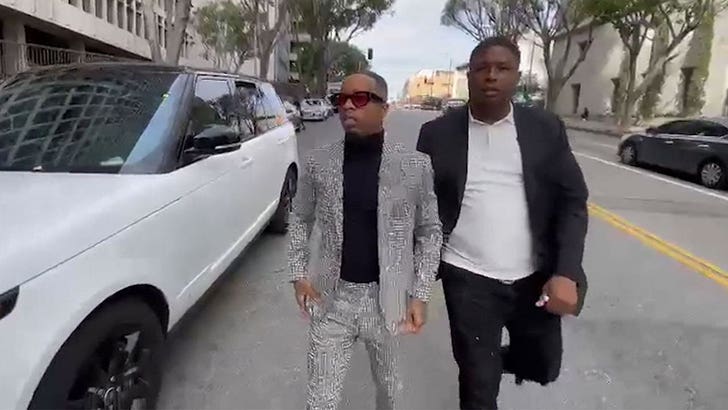 Tory Lanez raised a lot of eyebrows when he brought his young son to court for the Meg Thee Stallion shooting trial … so it might not be a total surprise he was without him today.

Tory pulled up to a DTLA courthouse Friday in a white Range Rover — Tory looked dapper in a black and white suit, earring and sunglasses. However, he was silent, not speaking with cameras as he walked inside.

As we reported, Tory walked hand in hand with 5-year-old Kai’Lon into the courthouse earlier this week — adjusting his son’s suit and then carrying him out on his back on the exit. 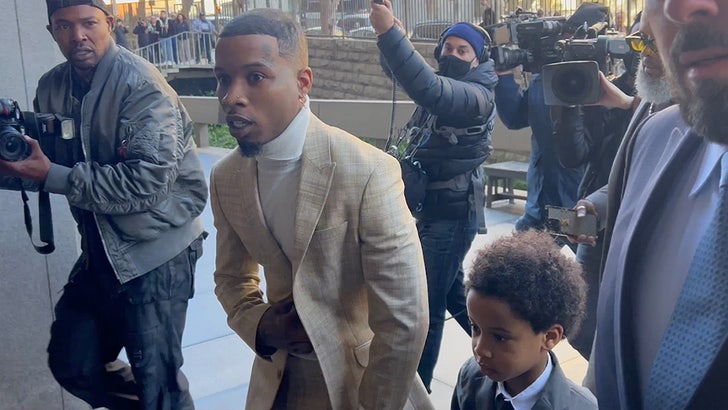 We were inside the courtroom for the hearing, and while Kai’Lon wasn’t there the whole time, he made at least one appearance … and hung with his dad during breaks. 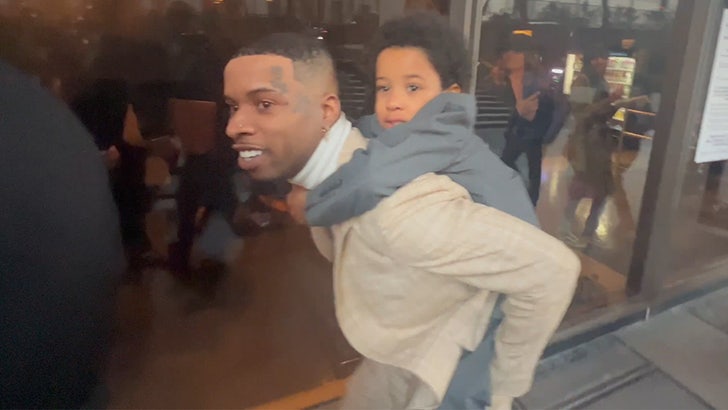 Tory told cameras earlier this week Kai’Lon was his biggest support system and that’s why he decided he wanted to bring him to the hearing.

Friday marks the 5th day of testimony in the case. On Thursday, Meg’s former friend Kelsey, who was also in the car during the shooting, took the stand — and while she was mostly uncooperative as far as sharing detail — she did say Tory didn’t pay her off.

Indians are taking over corporate America–and tech layoffs won’t stop them. Here’s why you should believe the hype via a voucher da 300 euro per promuovere lo sport – LiveUnict